Posted on November 7, 2011 by footyramblings

Following the Autumn of Nations in 1989, many of the football leagues in Central and Eastern Europe went through revolutions of their own. The main leagues of Czechoslovakia split to form two new leagues in the newly independent Czech Republic and Slovakia. The Soviet Supreme League was disbanded and new championships were formed in the former Soviet Republics. The likes of Dynamo Kiev, Dinamo Minsk, Dinamo Tbilisi and Neftchi Baku were no longer faced with long trips to Moscow or St Petersburg and the perceived bias in favour of the Russian teams. Instead they were founder members of new competitions in Ukraine, Belarus, Georgia and Azerbaijan respectively. Whilst Hungary, Poland and initially Yugoslavia remained sovereign states, even their leagues were hugely affected by the collapse of communism, with many teams no longer able to rely on the State for their budget, recruitment and influence.

The situation in Germany differed to the football arrangements elsewhere in post 1989, as per the political situation. Whilst a handful of new states were created as a result of the paradigm shift in Europe, East Germany and West Germany were united, or reunited, depending on which school of thought one subscribes to. The political and economic reality was that West Germany absorbed a bankrupt East Germany, with the Federal Republic of Germany merely expanding, maintaining all commitments to the then EC, treaties and NATO membership. This theme extended to the sporting world, with the West German football league system integrating the 14 teams from East German top flight, the DDR Oberliga. This integration brought to an end one of the most controversial, quirky and downright corrupt football competitions of modern times.

The DDR Oberliga was set up following the division of Germany at the end of World War Two, replacing the Gauliga that operated under Nazi rule. The Gauliga was managed by Nationalsozialistischer Reichsbund für Leibesübungen (NSRL) which roughly translates as National Socialist League of The Reich for Physical Exercise, as a knockout competition with the sixteen regional Gauliga winners playing against each other, with winners progressing to a final. The final Gauliga was won by Dresdner SC who defeated Luftwaffen SV Hamburg, the team of the air force, as the name suggests. The final Gauliga match took place between FC Bayern and TSV, with the Bavarian side coming out 3-2 victors on 23rd April 1945, less than a month before the unconditional surrender of German forces.

In post-war Germany the Allies disbanded the majority of sports clubs due to their ties with the apparatus of the Third Reich. Many new clubs were born out of the dissolution of traditional clubs that no longer existed, and some modern day German clubs trace their history back, with some glossing over the Nazi years for obvious reasons. The first all DDR Oberliga season kicked off in 1949 following two years of supposed German-wide competition that culminated in teams from the East being prevented from travelling to the West in what would be a prelude to the Cold War tensions in the years that followed. The first DDR Oberliga winners were ZSG Horch Zwickau from Saxony. Even in the inaugural season of the DDR Oberliga controversy was never far away. ZSG were only crowned champions on the final day of the season, beating the bourgeoisie Dresden Friedrichstadt 5-1 with the aid of a referee who allowed the highly physical play of ZSG go unpunished and then in turn refused to allow Dresden to make any substitutions to replace their inured players. Dresden finished the game with eight men, and their fans invaded the pitch to protest. Public displays of disobedience were frowned upon in the East, and mounted police broke up the demonstration with a highly visible show of force. In order to show what would happen to those who dared to question the actions of the authorities, the Dresden Friedrichstadt club was dismantled and the players sent to different clubs throughout East Germany.

As the league continued to evolve, a clear distinction began to emerge as the clubs often changed name, identity and even location. In 1954 after Berliner FC Dynamo was formed following a merger of two other Berlin teams, the Stasi decided it would be easier to recruit players from an exisiting team rather than use the existing players. The first team squad of Dynamo Dresden, another Stasi team, was relocated to the capital and overnight became Berliner FC Dynamo. Dresden was left to pick up the pieces and was forced to field their second string whilst they rebuilt the club. However, this move didn’t pay the expected dividends for Berliner, and it was army side ASK Vorwärts Berlin who became the first side from the capital to win the DDR Oberliga in 1958. The Vorwärts sides were under the control of the Ministry of Defence, and as the DDR grew in military strength in the late fifties and early sixties, they emerged as the powerbase, with ASK Vorwärts Berlin winning five DDR Oberliga titles between 1958 and 1969.

Competing alongside the Dynamos and the Vorwärts was two other types of club. The Worker teams from the industrial areas, with their fantastic names such as Chemie Leipzig, Turbine Erfut and the best of them all, Traktor Gross-Lindau. The final category of club is just that, a club, the organic teams that had no affiliation to the secret police or army and didn’t represent an industry or company. Even in a corrupt regime it had to be seen to not be too corrupt, so when the title was not winging its way to a Dynamo, a Vorwärts or an industrial side, it occasionally wound up at a good old fashioned football club, most notably 1. FC Magdeburg and FC Carl Zeiss Jena, who each won the DDR Oberliga on three occasions.

All good things come to an end though, and FC Magdeburg’s last title win in 1974-75 ended a period of what seemed to be fair competition, and ushered in the era of the Dynamos. Having rebuilt their squad after it was relocated to Berlin, Dynamo Dresden had again risen to the upper echelons of the DDR Oberliga, winning five titles in the 1970s. Although Dresden was a Stasi team, their success angered the Minister for State Security, and de facto Head of the Stasi, Erich Mielke. Legend has it that as Dresden celebrated their 1978 title success Mielke marched in to the dressing room to inform the players that next year the title would be going to Dynamo FC Berliner, coincidently Miekle’s home town club. At the height of the power of the Stasi, controlling footballers and referees wasn’t a problem, and unsurprisingly, the league title found its way to Berlin the following season. And the season after that. And the following eight seasons after that! The Dynamo FC Berliner team contained some excellent footballing talent including future Celtic playmaker Andreas Thom and Thomas Doll, both of whom would go on to represent the reunified Germany post 1990, but it wasn’t just their talent that contributed to their success, with numerous tales of dodgy penalties, opposition players being sent off and having goals disallowed. Mielke was indeed true to his word. 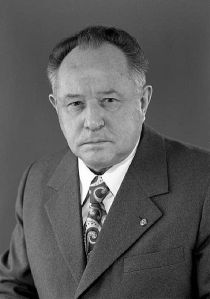 Dynamo FC Berliner won the last of their ten league titles in 1988, and with the Stasi concentrating their efforts on quelling any potential uprising, football fell to the wayside. Dynamo Dresden returned to the top of the DDR Oberliga, fittingly winning the DDR Oberliga in 1989/90, the season the Berlin Wall was brought down and the Communist regime collapsed. The victorious Dresden team featured a young central defender by the name of Matthias Sammer who would go on to win the Champions League and European Championships. The last DDR Oberliga was played post-unification in 1990/91, and was won by Hansa Rostock, a new name in the list of winners, and perhaps the fairest of winners in the short history of the DDR Oberliga.

Hansa and Dynamo Dresden were integrated in to the Bundesliga as the top two clubs in the final DDR Oberliga, but former giants such as Dynamo FC Berliner and Lokomotiv Leipzig were placed further down the new unified football league system. Without the support and coercion of the secret police and the military, many formerly successful clubs subsequently struggled and fell down the German football pyramid. Ten times champions Dynamo FC Berliner currently ply their trade in the fifth tier of league football in Germany, one division below three times champions 1. FC Magdeburg.

The DDR Oberliga did briefly rise from the ashes in 1994 when a geographical third division featured all the teams to feature in the last season of the league, minus Hansa Rostock who were in the top flight and Hallescher who were unable to compete due to financial difficulties. This was a short lived arrangement and it was once again disbanded following a restructure of the divisions.

Since the fall of the Berlin Wall, no club from the former East Germany has had any relative success, and for the third successive season the Bundesliga doesn’t have a club from East German territory represented. Dynamo Dresden are currently going through a renaissance after struggling in recent times, and find themselves in 2. Bundesliga alongside former ‘East’ teams Energie Cottbus, Hansa Rostock, FC Erzgebirge Aue and Union Berlin. The challenge for these clubs is to rise to the top without the aid of bribery, coercion and favouritism, which would be more of an achievement than anything that has gone before.